Investors were betting that such measures would be needed to pay a hefty inheritance tax, estimated around 10 trillion won ($8.9 billion) for stockholdings alone, although analysts were divided on which moves were most likely.

“The inheritance tax is outrageous, so family members might have no choice but to sell stakes in some non-core firms” such as Samsung Life, said NH Investment Securities analyst Kim Dong-yang.

Investors have long anticipated a shake-up in the event of Lee’s death, hoping for gains from any restructuring to strengthen de facto holding company Samsung C&T’s control of crown jewel Samsung Electronics, such as Samsung C&T buying an affiliate’s stake in the tech giant. 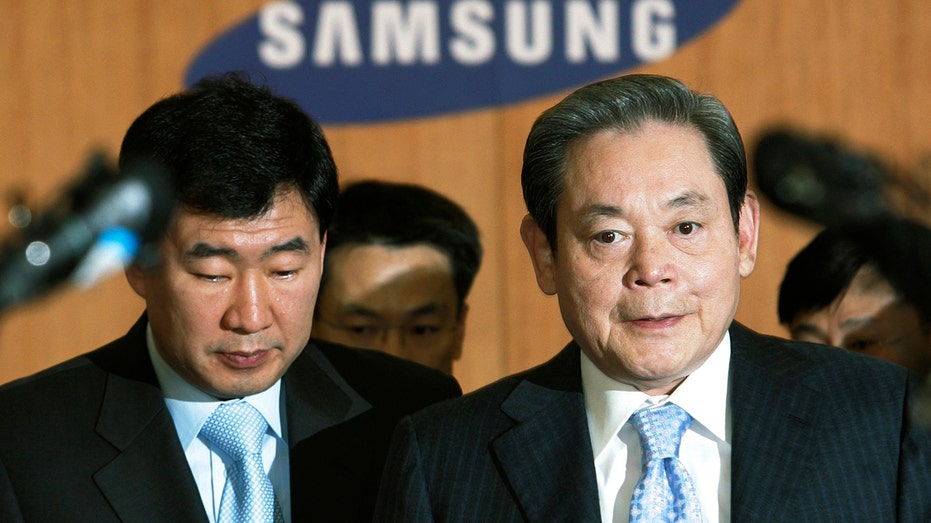 GET FOX BUSINESS ON THE GO BY CLICKING HERE

“At this point, it is difficult to expect when Samsung Group will kick off with a restructuring process as Jay Y. Lee is still facing trials, making it difficult for the group’s management to begin organisational changes,” KB Securities analyst Jeong Dong-ik said.

Lee is undergoing two separate trials over suspected accounting fraud and stock price manipulation connected to a 2015 merger, and concerning his role in a bribery scandal that triggered the impeachment of former South Korean President Park Geun-hye.

His father Lee was the wealthiest stock owner in South Korea, with holdings including 4.18% of Samsung Electronics common shares and 0.08% of preferred shares, worth about 15 trillion won ($13.3 billion) in total.