UNCASVILLE, Conn. – Corey Anderson entered Bellator on Thursday with a bang — or a series of them, really.

In the Bellator 251 main event, Anderson (14-5 MMA, 1-0 BMMA) pounded longtime Dutch martial artist Melvin Manhoef and finished the fight with elbows at 2:34 of Round 2.

Form the get-go, Anderson showed a well-rounded attack. Unafraid to trade with Manhoef, Anderson landed his strikes until he got the fight to the canvas toward the end of Round 1. A late flurry from Anderson almost finished the fight, but Manhoef survived to see another round.

It would be all for naught, however, as Anderson took Manhoef down Manhoef again early in Round 2. From there, Anderson postured up and landed a hard series of elbows that bloodied and battered Manhoef until referee Todd Anderson stepped in.

The 31-year-old Anderson signed with Bellator in August after he requested his release from the UFC.

With the victory, Anderson punches his ticket back into the win column after losing to newly crowned UFC light heavyweight champion Jan Blachowicz by first-round knockout. Anderson has won five of his most recent six fights

The loss snaps a two-fight winning streak for Manhoef, who said pre-fight this would be his second-to-last MMA fight. Manhoef, 44, is a lifelong martial artist and has already retired in the sport of boxing. He wants his final MMA fight in his home country in the Netherlands. 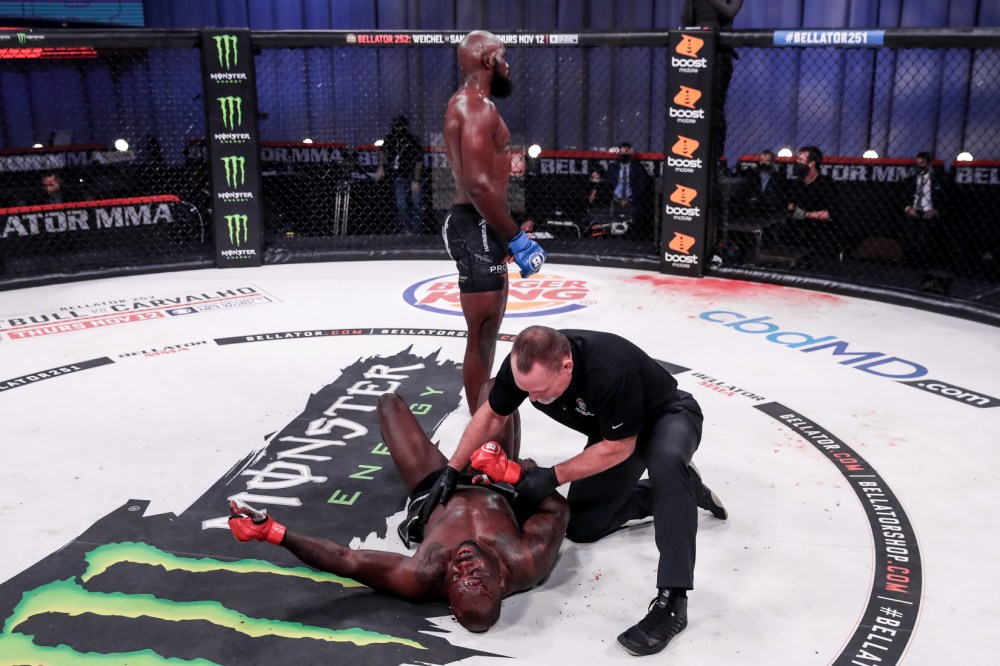