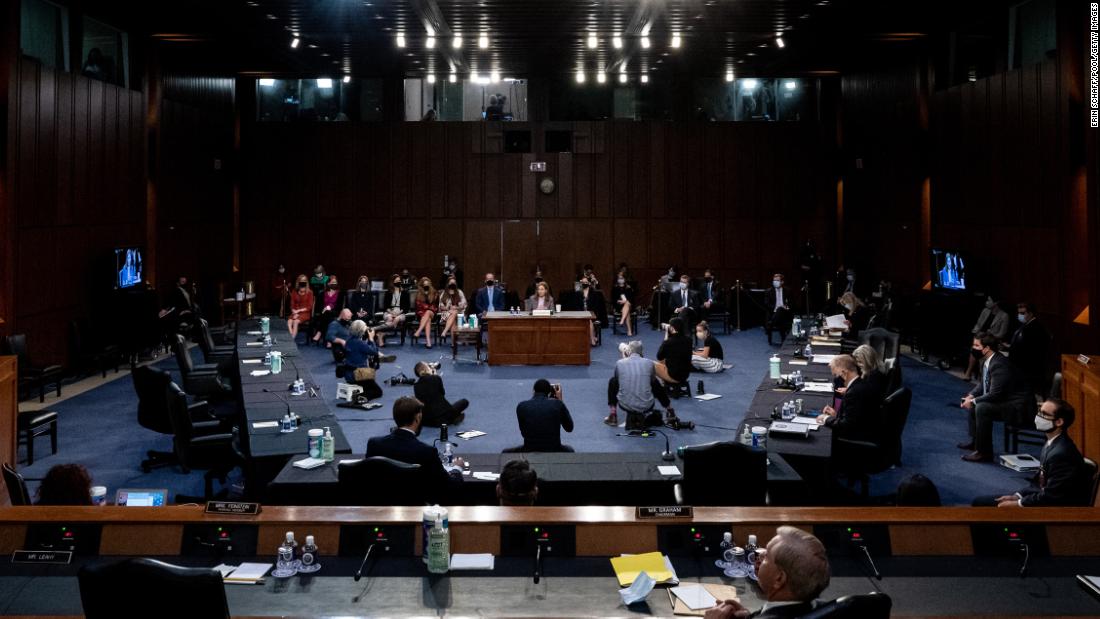 Democrats and Republicans both sought to get a better understanding about how Supreme Court nominee Amy Coney Barrett may rule on a challenge to the Affordable Care Act that the high court will hear next month, dancing around the key legal issues surrounding the case.

For the second day of Barrett’s questioning in the Senate Judiciary Committee, the health care law was a dominant topic on both sides of the aisle thanks to the looming November case the Supreme Court will hear on a Republican effort to strike down the law — not to mention Election Day less than three weeks away.

Both Judiciary Chair Lindsey Graham and Sen. Dianne Feinstein, the panel’s top Democrat, asked President Trump’s Supreme Court nominee about the legal doctrine of “severability,” or whether the entire law can stand if one part of it is deemed unconstitutional, during Barrett’s second day of questions before the committee on Wednesday.

It’s a concept that could play a key factor in the case from Republican attorneys general and the Trump administration that seeks to strike down the Affordable Care Act case next month. They argue the entire law, commonly known as Obamacare, should be struck down because the law’s individual coverage mandate is unconstitutional.

Barrett explained to Feinstein, a California Democrat, that severability was like a game of “Jenga.”

“If you picture severability being like a Jenga game, it’s kind of like, if you pull one out, can you pull it out while it all stands? If you pull two out, will it all stand?” Barrett asked. “Severability is designed to say well would Congress still want the statute to stand even with the provision gone?”

Graham, during his questioning of Barrett, seemed to suggest he thought that the Affordable Care Act could be saved because of severability, saying the doctrine’s “goal is to preserve the statute if that is possible.”

“From a conservative point of view, generally speaking, we want legislative bodies to make laws, not judges,” Graham said, before asking Barrett, “Would it be further true, if you can preserve a statue you try to, if possible?”

“That is true,” Barrett said.

The challenge to President Barack Obama’s health care law from Republican state attorneys general and the Trump administration has become a central issue in this year’s election in part due to Barrett’s confirmation. Democrats have focused their arguments during Barrett’s confirmation hearings on the way the law has provided care for individuals.